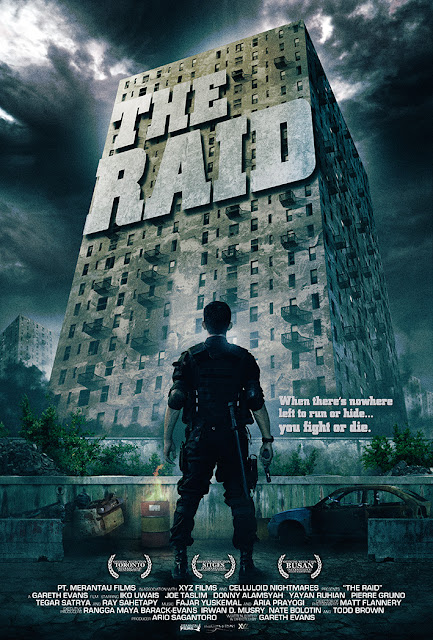 In case you aren't so familiar with silat as a martial art, there are many, many regional styles ranging from the Malay Archipelago all the way through Bali, Lombok and East Timor. Traditionally, silat is a less intensive contact sport. In fact, silat masters have been known to have matches without even touching

In Merantau, Iko Uwais shows off the famous tiger style of the West Sumatra's Minangkabau people (Silat Harimau Minang). Merantau opens with Iko Uwais as Yuda, going through his moves with a small claw-like knife, a kerambit.

While the silat in Merantau has been choreographed for maximum entertainment (check the pedestrian overpass and elevator fights). There's a lot of acting involved in traditional demonstrations, including slitting a a fallen opponent's throat. For example, an excellent perang ("machete") fight in Malaysia:

And a kris battle where the krisses are sharp enough to stick in the floor.

And, as I said, there are many styles. A woman demonstrating Pencak Silat Jati Wisesa Gajah Putih, a white elephant style, in Western Java:

And here's a pretty sweet compilation video including silat in a tournament context:

And, finally, footage of Minangkabau silat (silek) from the 1930s: