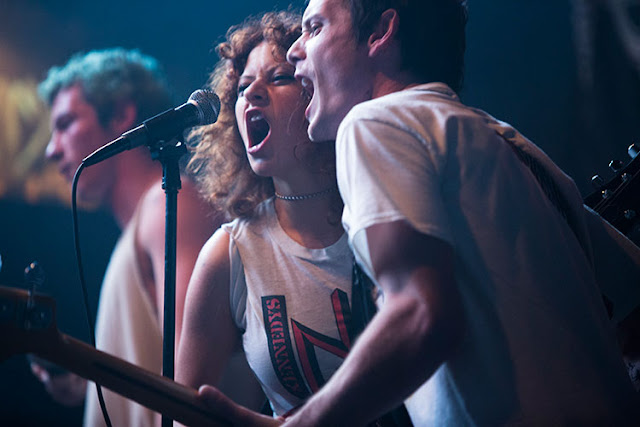 Hey, everyone, it's your last chance to see The Chickening and Green Room at the Festival! So hurry on over to the Bloor Hot Docs Cinema and ready your mind for the brain-altering power of The Chickening and get ready to see Patrick Stewart stage-dive. At least I assume he stage dives in Green Room. Though it doesn't say anything about that in the MM programmer Colin Geddes' description:

Life on the road is tough for The Ain't Rights. Broke, tired, and at each other's throats after a cancelled gig, the DIY punk band accepts one more sketchy matinee show, at a compound in the backwoods of Oregon, just so they won't have to keep siphoning gas for the long drive home to Virginia. The booker assures them things will go fine as long as they "don't talk politics" — which seems easy enough, until they take the stage facing an audience of neo-Nazi skinheads. The Ain't Rights' decision to kick off the set with a cover of the Dead Kennedys' "Nazi Punks Fuck Off" does not go over well. Amazingly, the rest of their set does.

To get in the mood, why not enjoy the Dead Kennedys' "Nazi Punks Fuck Off."