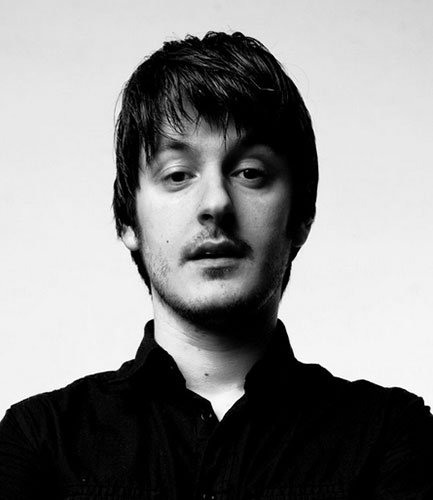 Director Ilya Naishuller is bringing Hardcore one of the most amazingly, unique action films to Midnight Madness! I recently had the opportunity to speak with Ilya about how he came up the the idea and how he made the film. -- Robert A. Mitchell

Where did the initial idea come from to strap a GoPro camera on a stunt man's head and make the music video "Bad Motherfucker" for your band Biting Elbows?


I bought an early GoPro in Italy while snowboarding, thinking it'd be great to capture my 'skills'. Upon recording and then viewing what I've shot, I decided to never embarrass myself with it again and gave the camera to my friend Sergey Valyaev. He returned it a little later with some shots still on there of himself walking around and doing basic parkour stuff. I looked at them and thought it'd be great to do a cheap music video using the POV style, I asked Sergey to be the camera stuntman and got a bunch of friends to hang out and get 'killed' in it. The result was a 300$ POV music video for a song called "The Stampede" and it got us a few million views and some much needed attention. Then we pitched the sequel, "Bad Motherfucker," with a bigger budget to a ton of companies/brands and everyone thought it wasn't worth it, too violent, etc. I knew it was going work well so I borrowed some cash and off we went.


The music video went viral attracting the attention of notable directors Darren Aronofsky and fellow Russian filmmaker Timur Bekmambetov. Timur proposed to produce a feature length P.O.V. feature film directed by you, you initially turned him down. Why? What changed your mind and got you excited to make the film?


I was super hesitant first and foremost because an all POV film sounds like a gimmick and I thought of myself a little better than that. At the time of "Bad Motherfucker's" release, I was prepping for a very different kind of film, a slow-burn intelligent spy thriller, so an action POV film felt like a step in the wrong direction. After a few days of thinking about how I'm going to have to say no to a Director/Producer who I much admire, what changed my mind was Timur asking me if I wanted to experience a well realised action adventure POV film in the cinema, and my answer was yes, I actually really would. He said, "Then you should go make it".


A film as ambitious and unique as this must have had its share of obstacles to overcome. Could you share some of the complications the production had to overcome?


The biggest blessing of being the first to do something is also it's biggest curse. There are very few, if any points of reference. Sure, there are plenty of POV based elements in entertainment, Prodigy's "Smack My Bitch up," Strange Days' amazing intro sequence, video games and that is it. Apart from a fully POV noir film from 1947 called, Lady in the Lake, which I generally used as a guide of what one shouldn't do, there is no successful example of a feature length POV film that works. This meant that most of Hardcore had to be shot by trial and error, which is luxury you really can't have.

What this meant in practice was that each morning we'd show up to set, everyone would know the script and the action beats and we would right off the bat, run through the days' shoot with a rolling camera. At that point, it was almost always a complete piece of crap. Then the actors and stuntmen would go to make up and costume, while I walked around feverishly trying to figure out how we can make it work. By the time they arrived ready, I (almost) always had a plan, realising which was a matter of sweat, blood and tears.


Could you talk about the unique camera rigs that were designed to capture the first person point of view?


Apart from making a coherent and fun movie, the biggest issue with making sure that Hardcore could see the dark of the cinema was that I wanted to make sure the audience would not get motion sickness. As someone who can't even text while being a passenger in a car, this was an important area to tackle. Our first DP, Seva Kaptur (one of 3) worked with Sergey Valyaev (who shot about a third of the film as Henry) and a small group of Russian engineers to design a lightweight rig that would hold two GoPros and use magnetic stabilisation to ensure enough smoothness to be easy on the eyes but not kill the feeling of it being a human and not a steadycam. It took about 3 months to perfect and we went through about 5 different versions and finally, about two weeks into the shoot, we received the rig that was perfect for our needs. 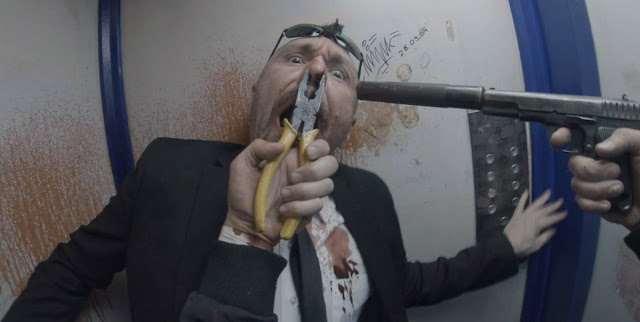 One of your lead actors is Sharlto Copley (District 9; Chappie) how were you able to cast him in the film and what did he bring to the film?


Hardcore was at first, an 80 minute music video. That changed when I got to about page two of the script and realised how bored I am with it already. I tossed the music video idea aside and began writing a proper script (all told from the first person) and came up with a basic pitch for a character that I then asked Timur to consider getting a name actor for. He asked me who I was thinking of, and I said Sharlto Copley. He got me in touch with him and I basically pitched Sharlto the idea and said that if he's interested in being a part of this experimental adventure, I'll write a great part specifically for him and then he'd decide if he's in or not.

He agreed and all that was left was for me to come up with a part/character that Sharlto could not possibly say no to. I am very happy that this worked out the way it did, and that he is such a integral part of the movie. Hardcore has a heart and that heart is Sharlto's Jimmy.

You came up with several rules to aid in the making of the film? What were some of them?


I think there were about ten in total. Here's the first three: I will never show the main character. He will never speak. The film will keep moving, even when it's in it's 'breathing' space.

What kind of cinematic experience awaits the Midnight Madness audience at the world premiere?


I think what you said is perfect except I'd add the word 'new'. So, what awaits is a 'new cinematic experience'.